and receive a selection of cool articles every weeks

convert your SUV into a camper within minutes

the start of a new chapter

the journey becomes the destination

The Grand Vitara is sold

What will be our next overlanding vehicle?

Abandoned Military Base on Murter Island

The Murter island military base is located at the highest viewpoint of the island (125 m above sea level). Old military complex from the times of Yugoslavia. In the 90s it was in use by the Croatian army during the civil war. The Murter military base has a tunnel system open to the public. Unfortunately, we were not sufficiently equipped to visit them. However, the view from the top was beautiful enough to leave this place in our memory for a long time.

Access to the military base on the island of Murter is relatively easy. We will reach the summit on foot from almost any direction in the world. All you need to do is find the path that is right for you on the Google Maps. There is one access for cyclists and cars. At this point, we turn onto a gravel road and head directly to the summit. 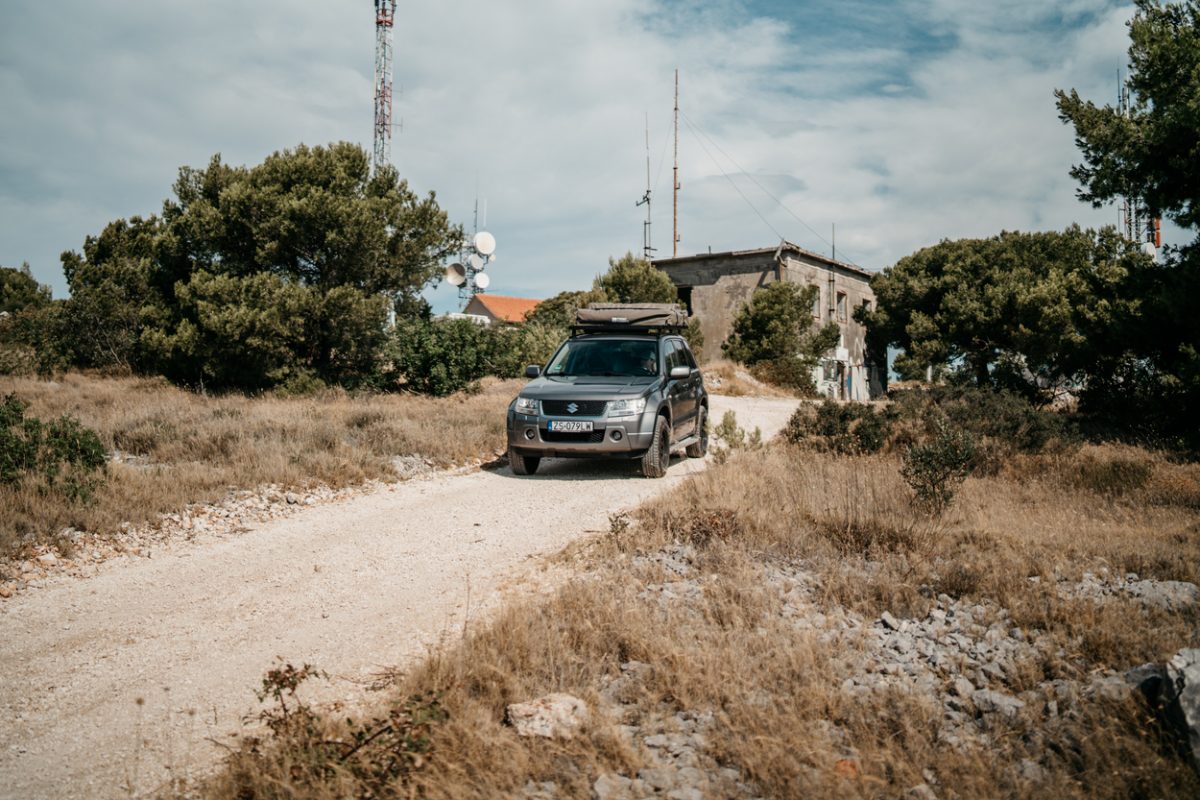 The island of Murter

The island of Murter is very small and can be travelled around in a very short time. Of course, you can stay a little longer there. Especially since the beaches are beautiful and the villages of Murter and Jezera are worth visiting, at least for lunch in one of the local restaurants. Contrary to the party town of Tisno, the island of Murter is very calm. In addition, it is a great starting point for the cities of Sibenik, Zadar and the Krka national park. 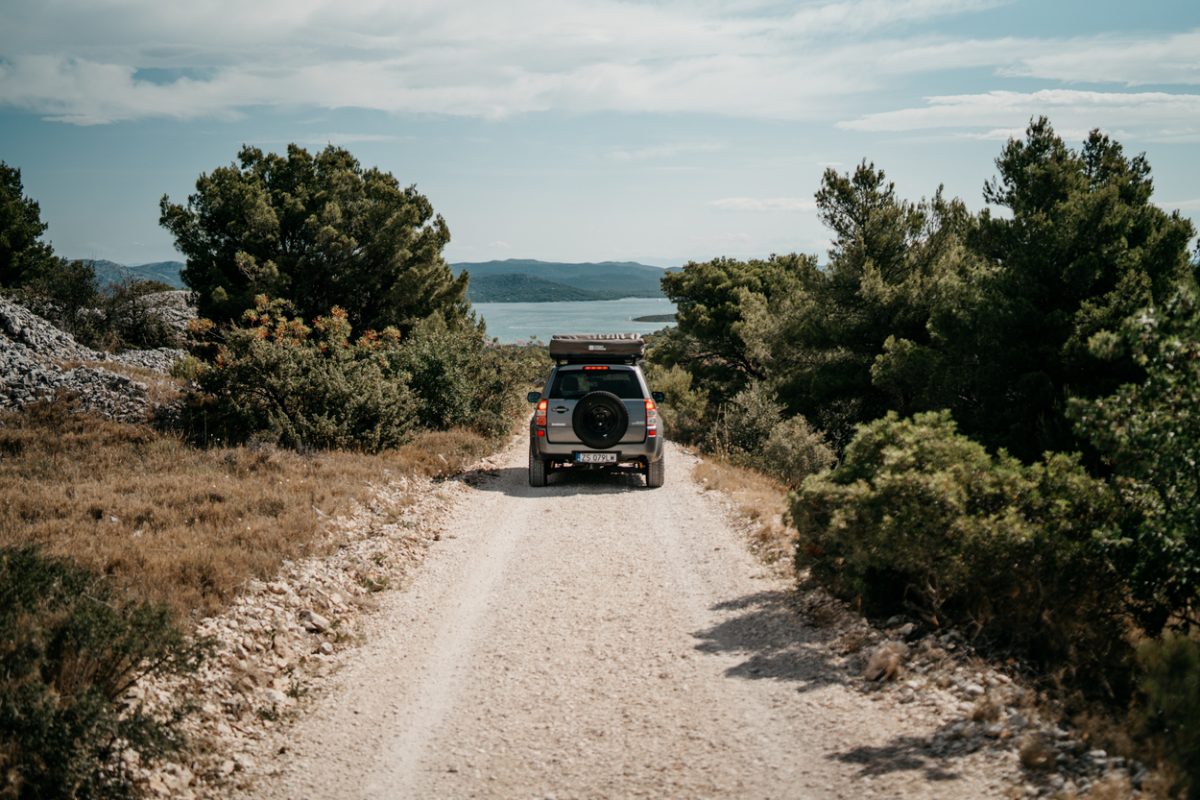 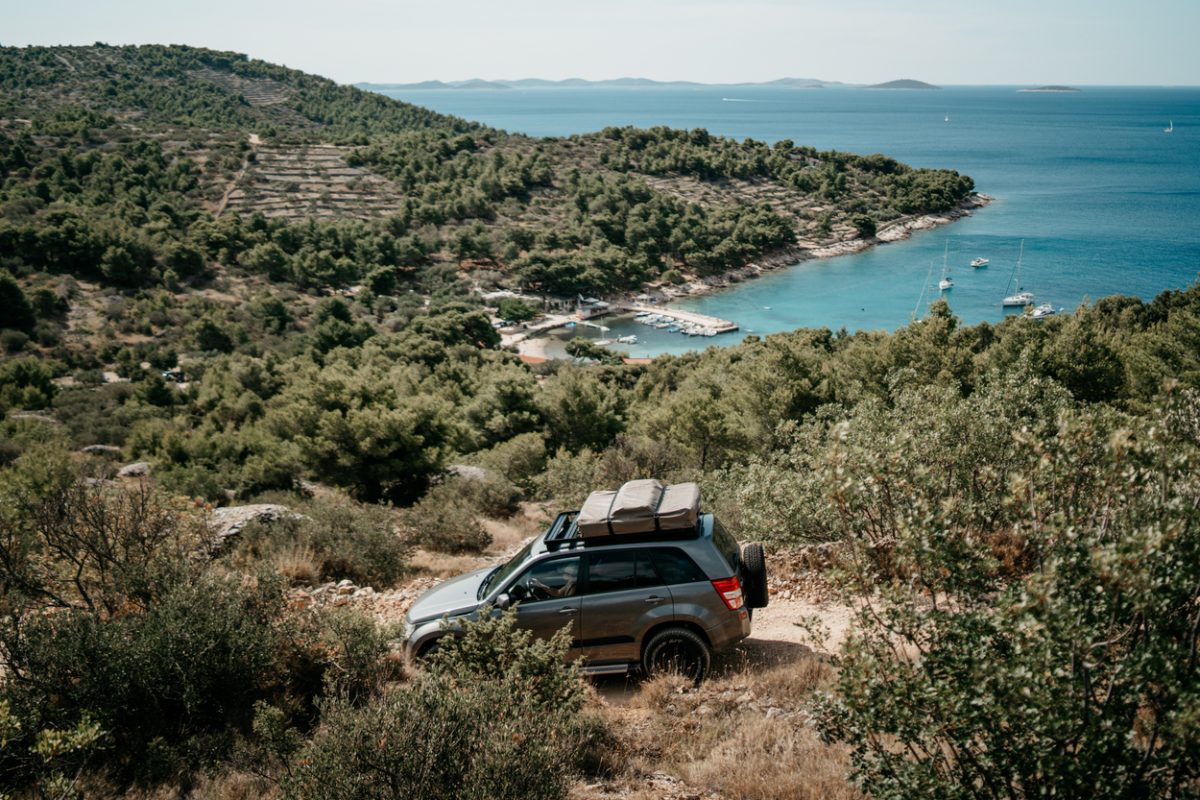 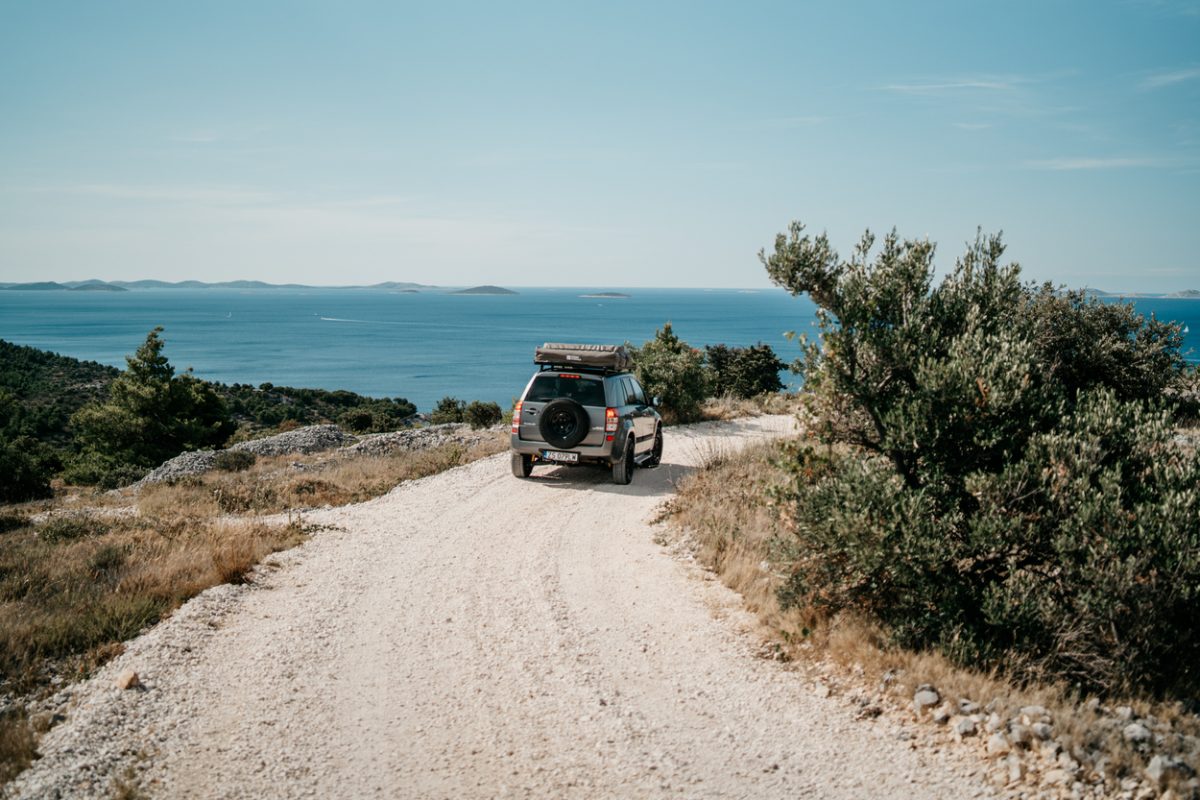 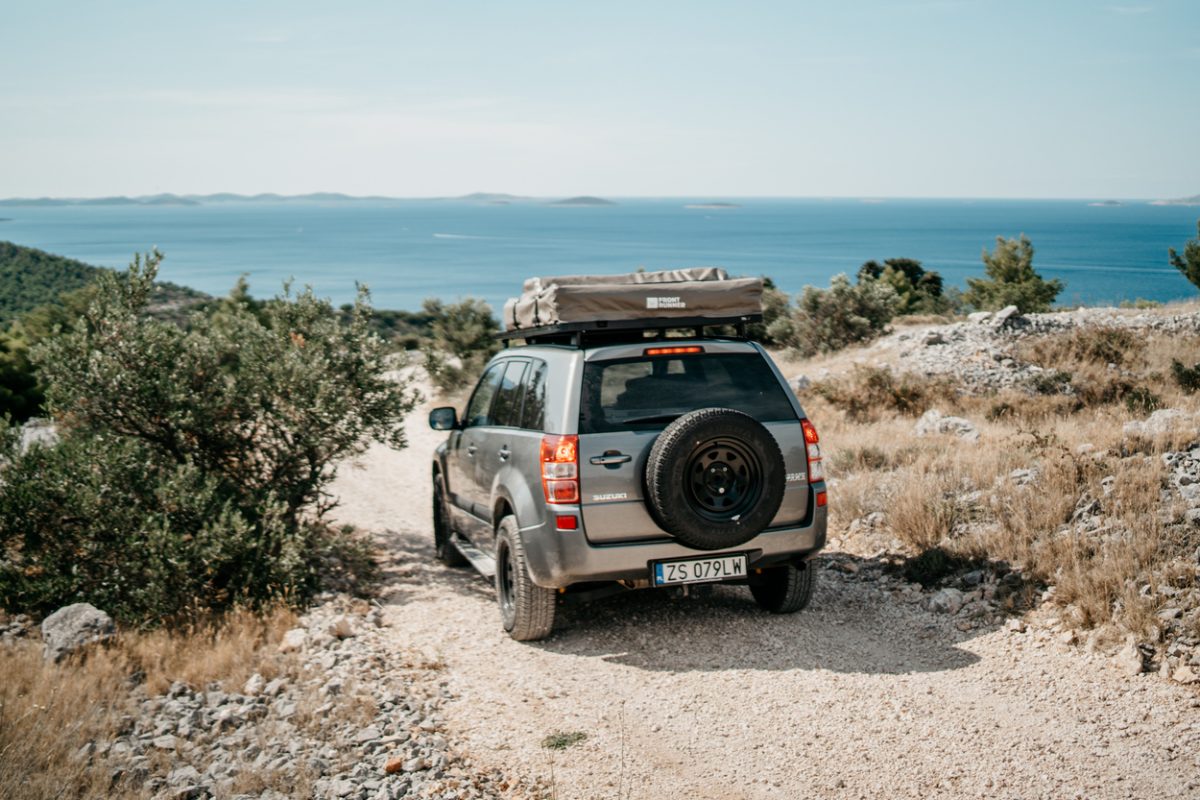 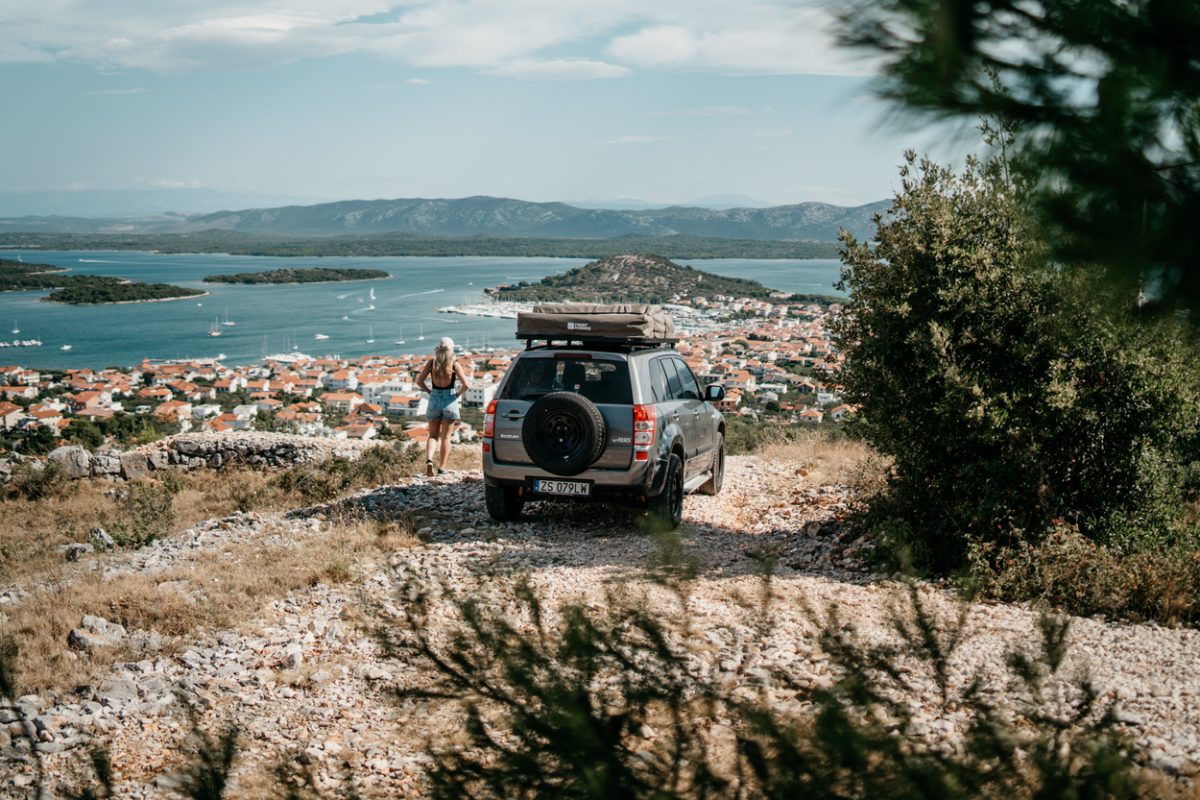 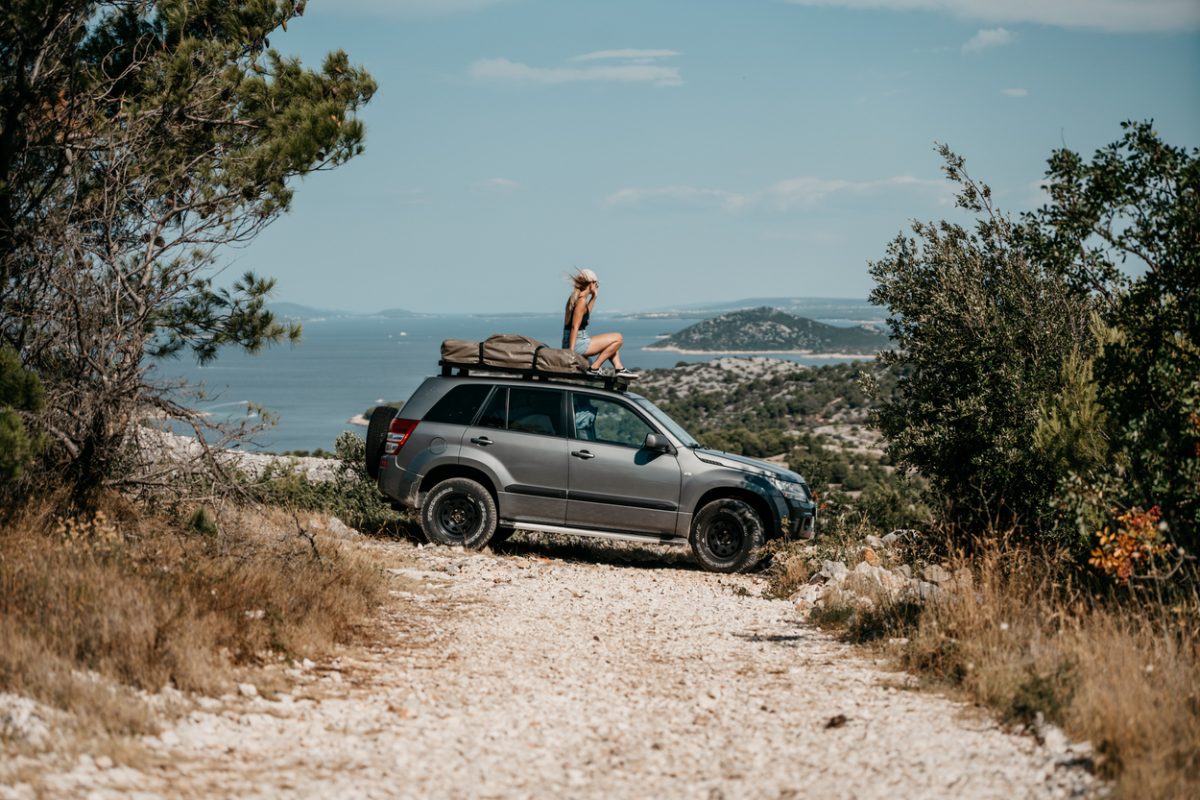 drive at your own risk

Get notified about the latest blog posts

We use cookies on our website to give you the most relevant experience by remembering your preferences and repeat visits. By clicking “Accept All”, you consent to the use of ALL the cookies. However, you may visit "Cookie Settings" to provide a controlled consent.
Cookie SettingsAccept All
Manage consent

This website uses cookies to improve your experience while you navigate through the website. Out of these, the cookies that are categorized as necessary are stored on your browser as they are essential for the working of basic functionalities of the website. We also use third-party cookies that help us analyze and understand how you use this website. These cookies will be stored in your browser only with your consent. You also have the option to opt-out of these cookies. But opting out of some of these cookies may affect your browsing experience.
Necessary Always Enabled
Necessary cookies are absolutely essential for the website to function properly. These cookies ensure basic functionalities and security features of the website, anonymously.
Functional
Functional cookies help to perform certain functionalities like sharing the content of the website on social media platforms, collect feedbacks, and other third-party features.
Performance
Performance cookies are used to understand and analyze the key performance indexes of the website which helps in delivering a better user experience for the visitors.
Analytics
Analytical cookies are used to understand how visitors interact with the website. These cookies help provide information on metrics the number of visitors, bounce rate, traffic source, etc.
Advertisement
Advertisement cookies are used to provide visitors with relevant ads and marketing campaigns. These cookies track visitors across websites and collect information to provide customized ads.
Others
Other uncategorized cookies are those that are being analyzed and have not been classified into a category as yet.
SAVE & ACCEPT
https://offtheroad.pl/wp-admin/admin.php?page=mailchimp-for-wp