and receive a selection of cool articles every weeks

drive at your own risk

Murter Island – all you need to know

a hidden gem in Dalmacia

a unique getaway in the Cretan mountains

Skotti Gas Grill – All you need to know

the most versatile mobile grill in the world

On the island of Crete, there is a beautiful place called Thalori. A unique accommodation experience located in the historical village of Kapetaniana, in the south of the Heraklion region. The name Thalori describes the geographical position and comes from the Greek Thalassa (sea) and Ori (Mountain). We were lucky enough to visit this place during our two-week honeymoon trip to Crete. This blog post displays all you need to know before having your best time at Thalori.

Thalori is a complex of fifteen traditional accommodations which were restored to reflect the vernacular architecture which was dominant in the very old days. It frames a magnificent view of the Libyan Sea and combines in harmonious ways with the wildness of the mountain and the serenity and benefits of the sea. This double character of the village, and its long history, rubs off on its buildings which combine Minoan stylistic influences and monastery architecture. They have a lot in common with castles, while in the older days, sheepfolds of various sizes formed an integral part of these fortified homes. They were built from materials resourced locally and fitted perfectly with the surrounding environment.

Some years ago the owners started to restore the neighborhood house-by-house. All with respect to the local architecture and without harming the vernacular character of the village. The resort remains part of the village which is full of life and energy. Despite the resort’s impeccably renovated image, it manages to merge harmoniously with the village’s style and looks.

One of the main features and the beating heart of Thalori Resort is the restaurant. Located centrally in a two-story building it features a large fireplace and imposing windows, offering panoramic views of the surroundings. The interior includes traditional decor made out of locally sourced materials, such as hand-made olivewood lighting fixtures. In general, the resort owners designed the floor plan to create a unique atmosphere where you can enjoy your meals.

The cuisine relies on traditional Cretan dishes, which are recognized and famous worldwide. The dietary philosophy of Thalori dictates that they use only pure, local ingredients and cook them with due respect for tradition and hygiene. Special emphasis is given to the experience of taste and the variety of healthy dishes. With this in mind, there are menus for lunch and dinner. The dishes differ from day to day and are so tasty, they can satisfy even the most demanding palates.

Besides the beautiful location and the amazing restaurant, there are still a lot more things you can do during your stay at the Thalori Resort. In particular daily agricultural activities and animal husbandry. For example, taking care of all the animals on the farm like sheep and horses. Additionally Beekeeping, salt production, and the distillation of the traditional Cretan alcohol Raki, often referred to as tsikoudia. Above that winemaking, and harvesting of herbs, mushrooms, and snails. There are also cooking classes for guests interested in the local cuisine.

For people interested in sports, there are 10 official trekking trails, 5 climbing routes in canyons, and a canyon descent via the Ferrata climbing route. Additionally, 4 mountain bike routes with a total distance of around 95 km, 7 off-roading routes with 140 km of tracks, and others, such as boat trips, guided fishing excursions, and bird watching.

In the construction and design of the thalori resort, particular emphasis was placed on the selection of the building materials and furnishings. The aim was to create and enhance the harmony among exterior and interior spaces. In particular, the selection and design of furniture were meticulous. The elements of stone and rock, traditional fireplaces, lofts, and embroidered carpets create a very warm atmosphere that is both functional and relaxing. In total there are 15 housing units that can accommodate from 2 to 6 persons.

An important feature is an outside pool. It is constructed from natural materials and is ideally situated. It offers a unique view of the sea which will prove refreshing and relaxing during your stay.

Prev
Skotti Gas Grill – All you need to know 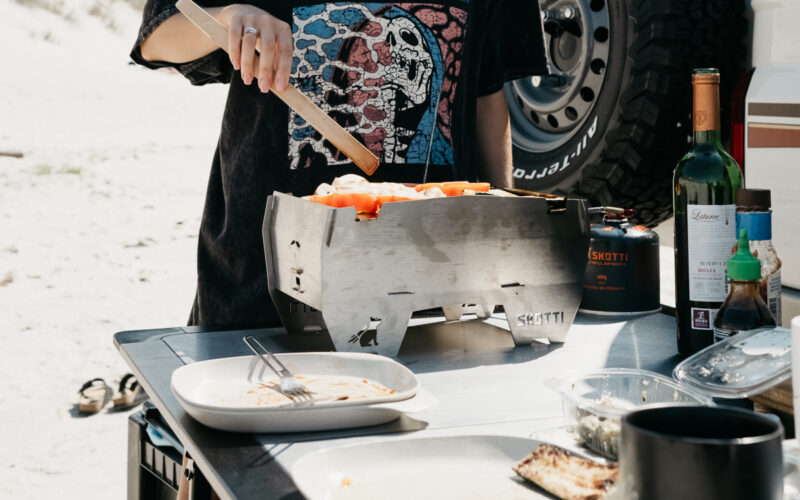 Skotti Gas Grill – All you need to know

the most versatile mobile grill in the world

Next
Murter Island – all you need to know 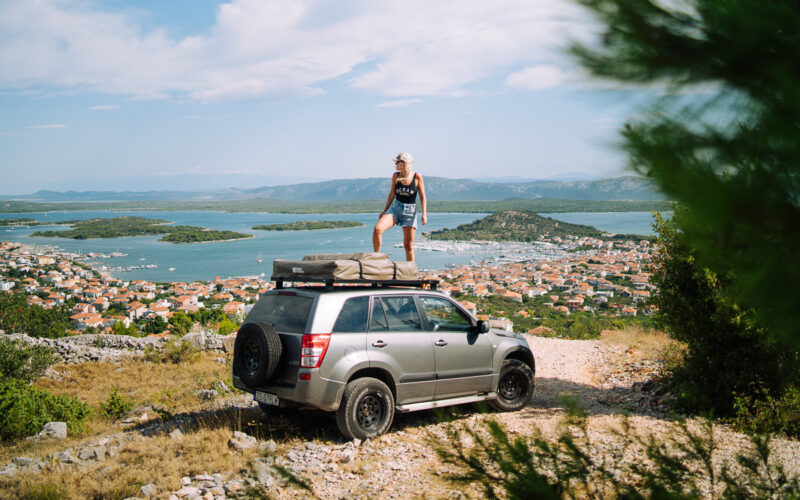 Murter Island – all you need to know

a hidden gem in Dalmacia

Get notified about the latest blog posts

We use cookies on our website to give you the most relevant experience by remembering your preferences and repeat visits. By clicking “Accept All”, you consent to the use of ALL the cookies. However, you may visit "Cookie Settings" to provide a controlled consent.
Cookie SettingsAccept All
Manage consent

This website uses cookies to improve your experience while you navigate through the website. Out of these, the cookies that are categorized as necessary are stored on your browser as they are essential for the working of basic functionalities of the website. We also use third-party cookies that help us analyze and understand how you use this website. These cookies will be stored in your browser only with your consent. You also have the option to opt-out of these cookies. But opting out of some of these cookies may affect your browsing experience.
Necessary Always Enabled
Necessary cookies are absolutely essential for the website to function properly. These cookies ensure basic functionalities and security features of the website, anonymously.
Functional
Functional cookies help to perform certain functionalities like sharing the content of the website on social media platforms, collect feedbacks, and other third-party features.
Performance
Performance cookies are used to understand and analyze the key performance indexes of the website which helps in delivering a better user experience for the visitors.
Analytics
Analytical cookies are used to understand how visitors interact with the website. These cookies help provide information on metrics the number of visitors, bounce rate, traffic source, etc.
Advertisement
Advertisement cookies are used to provide visitors with relevant ads and marketing campaigns. These cookies track visitors across websites and collect information to provide customized ads.
Others
Other uncategorized cookies are those that are being analyzed and have not been classified into a category as yet.
SAVE & ACCEPT